Start a Wiki
Thinnergy is the second episode of Season 1 of the FOX sitcom Married... with Children, as well as the 2nd overall episode in the series. Written by Ron Leavitt and Michael G. Moye, the episode was directed by Linda Day and premiered on FOX on April 12, 1987.

Inspired by a diet book from Marcy to improve her sex life, Peggy decides the entire family should be eating healthier and starts them on a diet, much to the dismay of the family, especially Al. 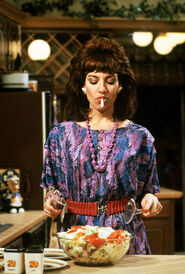 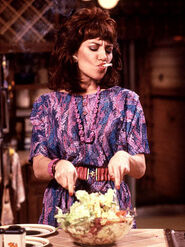 Retrieved from "https://marriedwithchildren.fandom.com/wiki/Episode:Thinnergy?oldid=18455"
Community content is available under CC-BY-SA unless otherwise noted.