Married for Life was a British adaptation of the American sitcom Married... with Children and ran for 7 episodes on the British TV channel ITV in 1996. The series was a literal translation of the original series, only with British actors. It was directed by Terry Kinane. All dialogues, gags, and episode titles were taken from the original scripts, except for the names which were changed to British ones. Al Bundy became Ted Butler, Peggy was named Pam, the children's names were Lee and Nikki instead of Bud and Kelly, and the dog, originally Buck, was named Clive.

The series was very unsuccessful and received widely negative reviews, which led to its cancellation after only seven episodes. 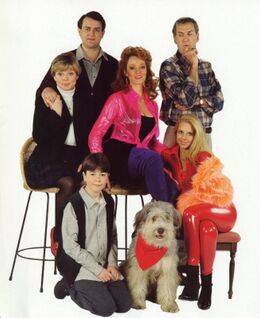 Retrieved from "https://marriedwithchildren.fandom.com/wiki/Married_for_Life?oldid=16162"
Community content is available under CC-BY-SA unless otherwise noted.