The Rakolta Boycott refers to the stance taken by Terry Rakolta against Married... with Children, after she viewed the season three episode "Her Cups Runneth Over" and was offended by the content of the episode. Afterward, Rakolta wrote to several advertisers, getting them to drop their support for the show in a boycott, and appeared on several television talk shows to speak about her efforts and crusade. Ultimately, as far as Married... with Children goes, her efforts failed, as curiosity about what caused her to begin her crusade pushed up the ratings for the show dramatically.

One of her few victories included an episode from the same season as "Her Cups Runneth Over", titled "I'll See You in Court"​​, being pulled from the line up until June 18, 2002 when it finally aired in the American market.

On the evening of January 15, 1989, Terry Rakolta, along with her children, were looking for something they could watch together while she exercised on the treadmill. Seeing Married..with Children listed in the television guide, she thought it would be a family friendly show. She ended up viewing the third season episode "Her Cups Runneth Over" and was offended by the content of the episode. She sent her children out of the room after the first five minutes of the episode and continued to watch, being upset that this type of content was on her television set at 8:30pm.

More specifically, the scenes that upset her included:

Another moment referred to by Terry Rakolta

Steve trying to touch the pasties on a manequinn

A homosexual man trying on a tiara in the shop

A young woman named Vicky showing off her lingerie and asking for Al's opinion on it.

Vicky smiling and covering her bare breasts after removing her bra in front of Al, causing him to faint.

After watching the episode, she was determined to find out which companies would sponsor the show. As a result, she then began a letter writing campaign against the show the next day, by writing to 20 of the show's advertisers, from the CEOs to marketing directors and ad agencies that were involved with the company, accusing them of "pandering to and supporting...soft pornography" and threatened to boycott them if they did not pull their ads from the show. She also continued watching Married ... With Children for several Sundays, blasting more advertisers by mail.[1]

Rakolta also called the production office for the show, though as the FOX network was relatively small at the time, they did not have a dedicated office for complaints. Instead, MWC writer, Marcy Vosburgh ended up fielding the call, as she wrote the episode and had a likeable personality. After hearing Rakolta's complaints, Vosburgh told her that they were trying something new and that even her own mother did not the like the show. She also told her that they "...take a British approach to censorship: If it’s offensive, you can always change the channel".[2]

Not satisfied with the response from Vosburgh, Rakolta continued her campaign to major companies that ran commercials on MWC. She began to fax her letters to the C.E.O.s of various corporations, stating that if they continued to run their advertisements on MWC, she will be obligated to take the next step and boycott their products.

MWC co-creator Michael G. Moye was surprised when he was informed of the boycott and that it only took a single person to cause a major problem for the show. Vosburgh said that she was almost fired in order to save face and show that they took action, but Moye and MWC co-creator Ron Leavitt refused to fire her, stating that things may have been more serious if a different person took the phone call.

Rakolta had written to over 40 companies that ran advertisements on the show. Some of the companies that decided to pull their ads from the show included:

Rakolta's letter also led to companies making stricter policies about screening potential shows that they would advertise on. The companies pulled their ads from future shows, citing that the negative portrayals on the show do not meet with their company's values. McDonalds said that the show didn't fit their family friendly image and Proctor and Gamble said that they "share Ms. Rakolta's interests in quality television programming."[2]

Ira C. Herbert, the president of Coca-Cola U.S.A. at the time, went so far as to write a personal apology to Rakolta, saying,”I am corporately, professionally, and personally embarrassed that one of our commercials appeared in this particularly unsuitable program episode.”[3]

Her efforts eventually lead to her appearing on several talk shows including Nightline as well as make the front page of The New York Times in March 1989. [4]

Aftermath of the boycott[]

With advertisers dropping their support for the show, and Rakolta making appearances on several talk shows, Fox executives decided against airing a potentially offensive episode, "I'll See You in Court"​ effectively making it (and later called as such) the "lost episode" of Married... with Children.

In addition to not airing I'll See You in Court in the U.S. until 2002, Fox responded to the boycott by moving the show's time slot from 8:30 to 9 PM and toning down the level of "raunchiness" in the series, reducing the amount of sexual content and implied nudity.

MWC co-creator Michael G. Moye stated that although FOX issued a statement saying that they stood behind the show and its staff, they were actually causing more problems behind the scenes. This was done by withholding fan mail and demanding that they soften the show's tone and comply with more politically correct changes.[5][6] He commented that, because of the boycott and pressure from the network, season 4 was toned down in comparison to previous seasons. He also mentioned that he had to be more cautious about what they could use in the stories, saying that an episode they had pitched to Fox was rejected due to it involving Al getting a circumcision.[3] Yet, later on, in season 8's A Little Off the Top, Al would accidentally get a circumcision. Though, FOX president, Jaime Kellner denied that any sort of toning down of the show was due to Rakolta and her boycott; rather, it was because the writers were pushing the show's limits a little too far.[7]

However, a year after the boycott, nearly all the defecting advertisers had returned, and ratings were higher.

In addition, after the controversy, other companies were also trying to buy airtime to advertise on the show. Such companies included the Gillette Co., Subaru, Coors Light, Michelob Dry, Nissan, Cover Girl makeup, and the U.S. Army Reserve.

Jaime Kellner, then-President and C.O.O. of FOX Broadcasting stated that Rakolta has no business telling people what they can and cannot watch, given her wealthy background. He also pointed out that her boycott crusade lead to a boost in ratings. [8]

During his hosting appearance on Saturday Night Live in January 1990, Ed O'Neill alluded to the boycott in his opening monologue. He told the audience that both MWC and SNL have been under attack for the past year by "certain groups for crossing the boundary of good taste". He then pointed out that they both lost some sponsors and received bad press, but despite those things, both shows are still on their respective networks and will still be around for a long time. Immediately, SNL cast members Jan Hooks and Dana Carvey (who later appeared with O'Neill in the 1992 film Wayne's World), came onstage and asked him not to associate Married... with Children with SNL.[9]

Married... with Children would make reference to Rakolta and her crusade in two episodes:

Besides being mocked on the show, Rakolta herself would be criticized by fans of the show and several publications. Hustler Magazine for example named her "Asshole of the Month".

Rakolta would eventually create Americans for Responsible Television, a watchdog group that monitored and reported any shows that were deemed offensive. The group also wanted to establish a "family viewing time" from 7pm to 9pm each night.[10]

Her efforts against Married...With Children ultimately backfired, as curiosity about the boycott and the show itself led to a dramatic ratings boost; Rakolta herself has since acknowledged her part in increasing the show's popularity. Ed O'Neill said in an interview that “We used to send Terry Rakolta flowers at the beginning of each season as a gesture of thanks. What she set out to do against the show ultimately gave us a huge boost.” [11] Katey Sagal also confirmed that the cast and crew would send Rakolta a bouquet of flowers every year for helping put the show on the map. [4][12]

Rakolta also joked that because of that, she was waiting for her fruit basket from the creators. Eventually, she would receive a basket of fruit every Christmas from the show's staff, though Moye denies that he and Leavitt were the ones sent her the basket, due to the stress she put them through.[2] 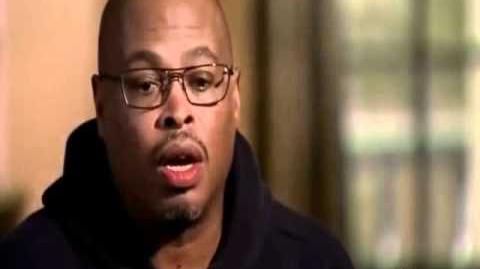